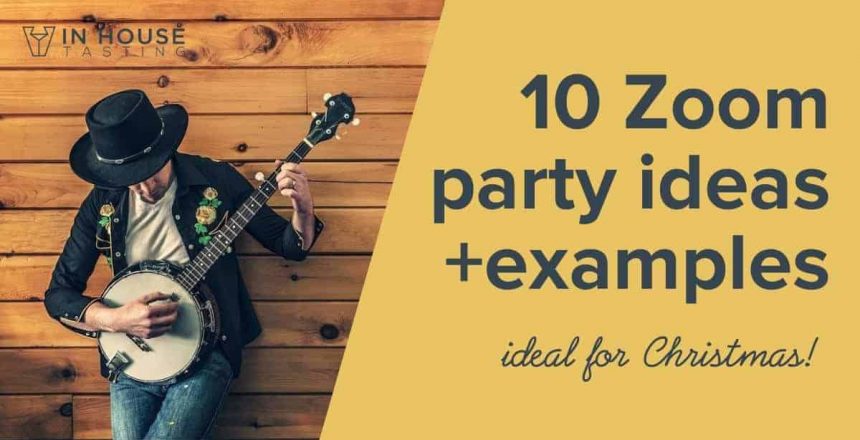 With the party season nearly upon us, and the prevalence of ‘digital’ parties increasing, what can you do to make your Zoom Christmas party really stand out?

Most people are now familiar with video calls, as a part of working life, or for keeping in touch with friends. So when it comes to planning a digital event, Zoom is no longer a novelty. Perhaps you have already decided on the entertainment for your digital Christmas party — a quiz, a show, or maybe one of our virtual tastings — and now you’re looking for a few ‘extras’ to make your party really pop…

Here are ten Zoom party ideas and mini-games for you to use straight away, or to get your creative juices flowing. Their suitability for your party will depend on multiple factors: some work best in small groups, and some in larger ones; some are more eccentric and wacky, while others will be fun for even the most introverted.

1. Have a party theme

One of the easiest ways to get people excited for a party is by setting a theme or fancy dress code. For an office party especially, employees will already be used to conference calls as a regular occurrence — so a theme party will immediately shift the tone of the Zoom call from ‘work’ to ‘play’. Here are some Zoom party theme ideas:

Whatever theme you choose, make sure there is scope for everyone to take part. Don’t make it so particular that people will have to buy a costume to participate!

2. Hire a musician, comedian or magician

If you have a budget for party entertainment, why not spend it on a live act? This is an especially good idea for large groups, where there is limited opportunity for individual interactions. It’s a great way of creating the party atmosphere.

Furthermore, the arts sector and live acts have been among the worst affected by the pandemic. Many have been excluded from government financial support, and have had virtually no income all year.

So if you’re looking for something that’s going to make your event extra special, why not support the entertainment industry and hire an act for your event? Professional entertainers can weave themselves into your event, performing in-between quiz rounds (or gin tastings!), ir opening and closing the party. For example:

Scavenger hunts can be done in a number of ways, depending on how energetic and competitive you want your party to be. You could call out items individually, and give people 30 seconds to find each, or give the hunters a list, and allow several minutes ‘scavenging’ time. Examples could be:

Alternatively, you could have a ‘Show and Tell’ scavenger hunt. Your prompts could be:

You could even mix and match. But don’t forget to call out a warning before the clock runs out!

A fun part of any staff party are prizes and awards ceremonies for silly superlatives. Equally, there are many superlatives you can create for family and friends. Here are a few ideas:

Host a talent show, based on the TV show Britain’s Got Talent, and have your party guests show off their skills. You know the kind of thing we mean:

This kind of entertainment is probably best suited for smaller, more extroverted groups. Or, ask people to submit their ‘audition’ in advance, and host the ‘live finals’ on the night.

Similar to the scavenger hunt, this has the potential to get people moving, and be a lot of fun. Pick a theme and give people a few minutes to dress up. The more time you give people, the more elaborate their outfits can be! You could even list a few options, and use a Zoom poll to let attendees decide on the night. Here are a few ideas:

Remember: whatever you propose needs to be achievable, so everybody can participate.

Charades (the game where the ‘actor’ has to mime a movie/show/song/book without speaking, for others to guess what it is) is one game you can play on Zoom without too many modifications.

Split everyone into teams. It’s best to have no more than four teams, otherwise it can take too long to get round everyone. Alternatively, you can just play for fun and do away with teams altogether.

There are a few options for how to play. The first is to have a Game Master, who controls the mimes by direct-messaging the designated actor. The second option is to have one team direct-message a member of another team with a mime. This can be a bit tricky, unless you use a random generator, as opposing teams can pick fiendishly difficult mimes for each other!

Play a ‘Two Lies, One Truth’ game. Each person has to think of 3 statements, one which is fact, and two of which are fabricated. The team has to guess the real fact. For example:

Personal fact or fiction questions can be good as ice-breakers, especially if you give people the chance to think of one before the party starts — often people can be nervous when put on the spot. For example:

The host picks a topic (or attendees could pick via Zoom poll), and everyone has one minute to find the best virtual Zoom background. For example:

This is best suited for parties whereby the attendees are all familiar with Zoom and how to find images, update backgrounds etc.

This game is similar to ‘Guess Who’ or ‘Twenty Questions’, where players put sticky notes on their foreheads with the names of famous figures, and ask each other yes or no questions to try and figure out who they are.

In the Zoom version, the game host tells one person (‘The Guesser’) to turn away from the screen. A name is then displayed to all the other players. The Guesser asks 10 yes or no questions, and is allowed to guess their ‘identity’ after each question.

Here are some examples of famous names:

Consider allowing your staff to bring someone a partner or household member to the event. Similar to having a theme, this helps shift the atmosphere from ‘work’ to ‘play’, and it can be more fun for your employee to have an in-person guest to engage with during the party.

So there you have it, 10 ideas and a bonus tip to elevate your Zoom party. Just don’t try to use them all at once!

How can we help you? Enquire about a virtual event or Corporate Gifts

Or view our Zoom party guide for organisers 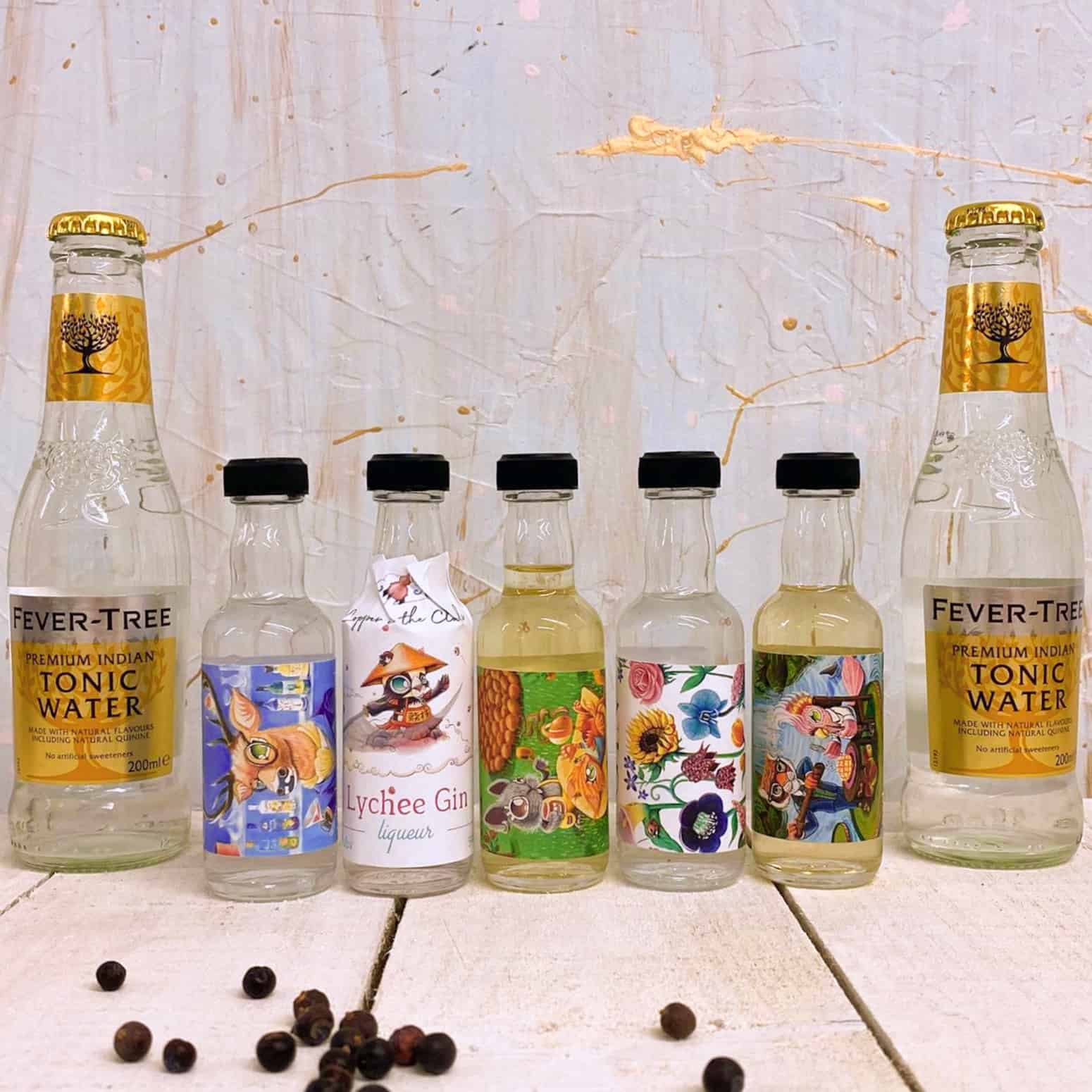 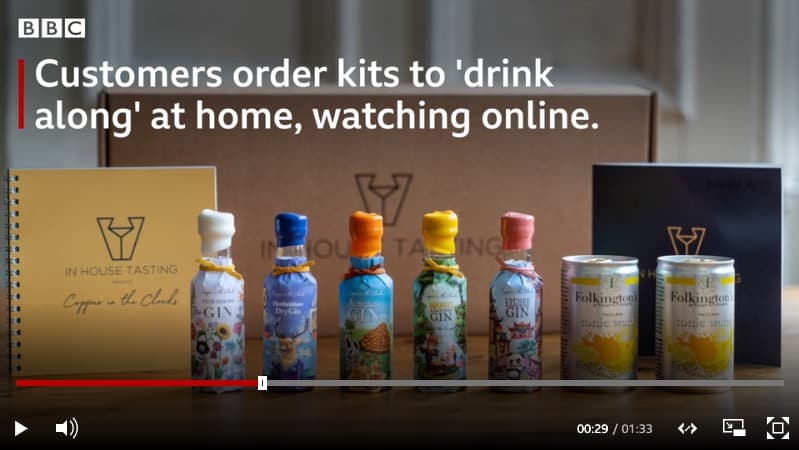 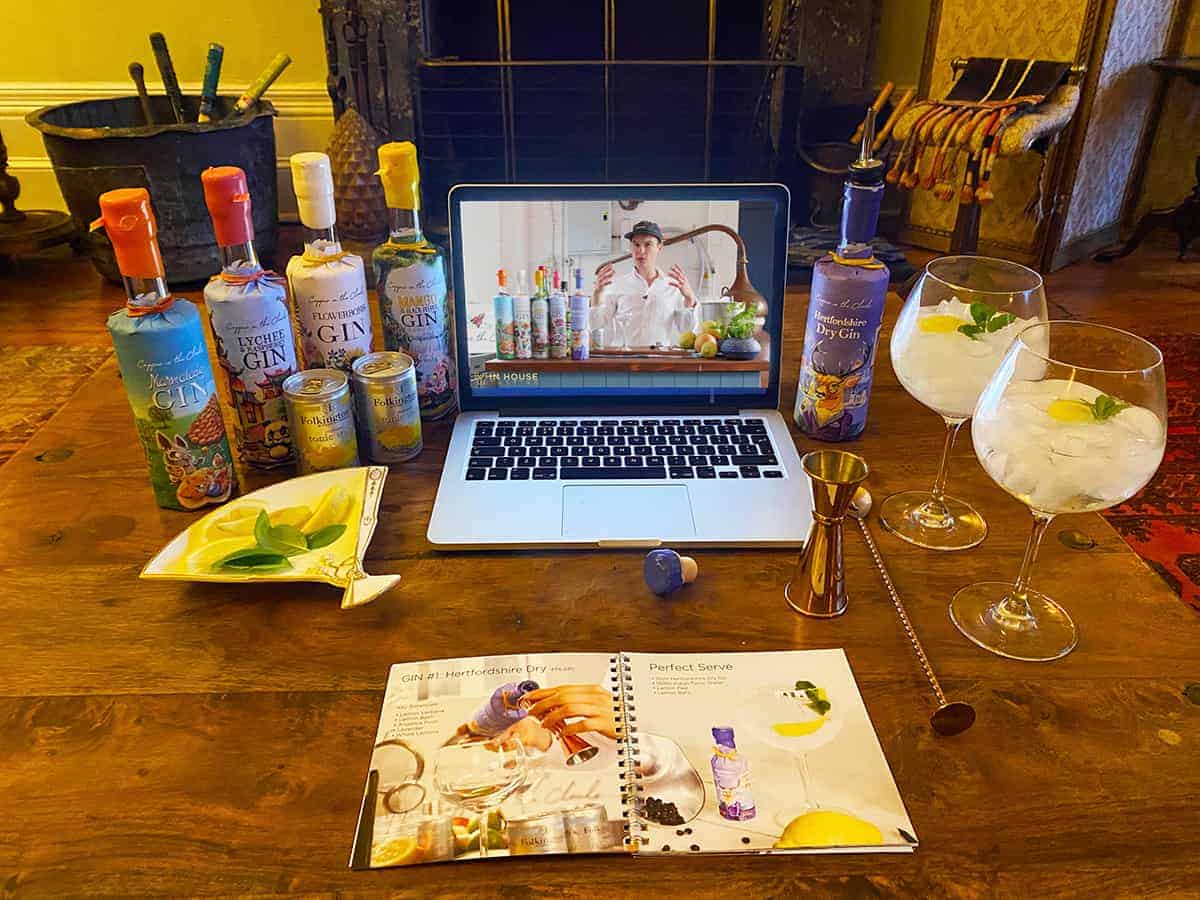 This website uses cookies to improve your experience. We'll assume you're ok with this, but you can opt-out if you wish.

Accept Decline Cookie Settings
I consent to the use of following cookies:
Cookie Declaration About Cookies
Necessary (1) Marketing (0) Analytics (3) Preferences (1) Unclassified (0)
Necessary cookies help make a website usable by enabling basic functions like page navigation and access to secure areas of the website. The website cannot function properly without these cookies.
Marketing cookies are used to track visitors across websites. The intention is to display ads that are relevant and engaging for the individual user and thereby more valuable for publishers and third party advertisers.
We do not use cookies of this type.
Analytics cookies help website owners to understand how visitors interact with websites by collecting and reporting information anonymously.
Preference cookies enable a website to remember information that changes the way the website behaves or looks, like your preferred language or the region that you are in.
Unclassified cookies are cookies that we are in the process of classifying, together with the providers of individual cookies.
We do not use cookies of this type.
Cookies are small text files that can be used by websites to make a user's experience more efficient. The law states that we can store cookies on your device if they are strictly necessary for the operation of this site. For all other types of cookies we need your permission. This site uses different types of cookies. Some cookies are placed by third party services that appear on our pages.

Coupon will be sent to your email. Unsubscribe at any time.
By submitting you consent that data will be held in accordance with our privacy policy.